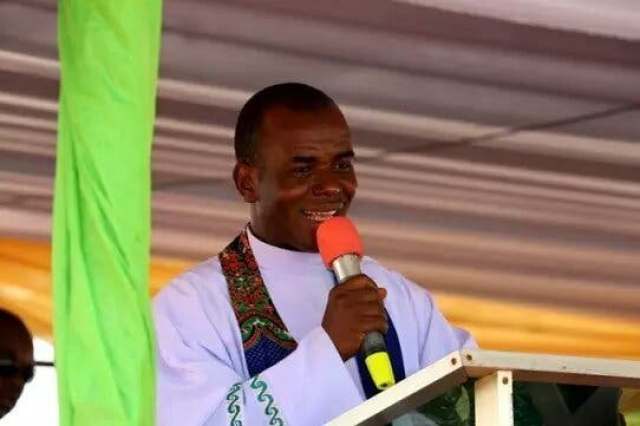 Nigerians on social media have lambasted the Catholic church over the suspension of Spiritual Director of Adoration Ministries Enugu, Fr Ejike Mbaka.

We reported how the Catholic Diocese of Enugu suspended Mbaka from church activities for one month over his political escapades.

Mbaka was asked to proceed on suspension with effect from May 3 after being summoned by Callistus Valentine Onaga, the diocesan bishop.

Onaga called Mbaka following his repeated clashes with President Muhammadu Buhari and warned that his conduct was smearing the church’s image, the largest of any Christian organisation worldwide, church officials familiar with the matter told The Gazette.

Last Wednesday, Mbaka criticised the Buhari-led government over its inaction on the widespread killings across the nation.

Many Nigerians have attributed Mbaka’s suspension to the criticism stating that the church was already being partisan.

Some social media users opined that Mbaka ought to have been praised for speaking against bad governance.

A tweep, @lucasuzoka wrote, “What a shame! The Catholic church is not even a church that can stand the taste of time, just imagine you suspend someone for saying the truth. Catholic faithful should even suspend the Catholic church from Nigeria.”

Another Twitter user, @inspiredson, said Mbaka had once criticised former President Goodluck Jonathan and was not suspended.

He wrote, “I recall that he criticised GEJ, a Christian, over insecurity even alleging an attempt on his life, yet he was not suspended. But when he criticises PMB, a Muslim, on the same insecurity issue, he gets suspended. Outright double standard and cowardice of Catholic leadership.”

@BarrROUN1990 said, “While Gumi and Pantami, being terrorism suspects, are unpunishable, Mbaka has been suspended for committing no crime. After losing several priests & Christians to insecurity, calling for Buhari’s resignation was proper & in tune with Nigeria’s current situation.”

Another user, @midasnonso, opined, “Fr. Mbaka said all he said during GEJ’s reign and enjoyed freedom. Only his first fallout with this government, his robe has been taken away. We should be mindful of the evil we admit in the form of support.”

@F_Matesclothing suggested, “This issue can be handled better. Send him on a mission to an African country for a year, suspending him is calling for a confrontation or split between lay faithful and his lordship.”

@NoahNwosu75 tweeted: “The core North across the political divide including govt supported #IsaPantami but here Catholic diocese of Enugu is hanging out Mbaka to dry for being courageous enough to criticise Buhari incompetence & discrimination against the South. Let this not be true, Enugu Catholic diocese.”

@iam_foleymessi wrote, “They did not suspend Ejike Mbaka when he supported Buhari but can now suspend him for being against Buhari. Now I know why most church leaders are not speaking against this government. They are either in support or scared.”

@khrisempress, “The catholic church did not suspend Mbaka when it was needed, it is now that he is talking against this government that they decided to carry out this suspension. Make it make sense please.”

The church has yet to make an official statement on the suspension of the controversial cleric.

Some sources in the church had said Mbaka’s latest suspension was being viewed as significant for its undertone, but not the first time the fiery priest would face administrative action.

“We know people will link this to his confrontation with Buhari, but he was once demoted from a parish priest to a deputy under a parish priest,” a church official told TheGazette.

“He had also been transferred from bigger parishes to smaller ones for his frequent infractions in the past.” 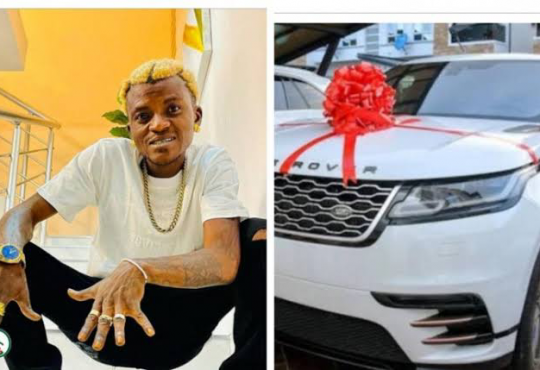