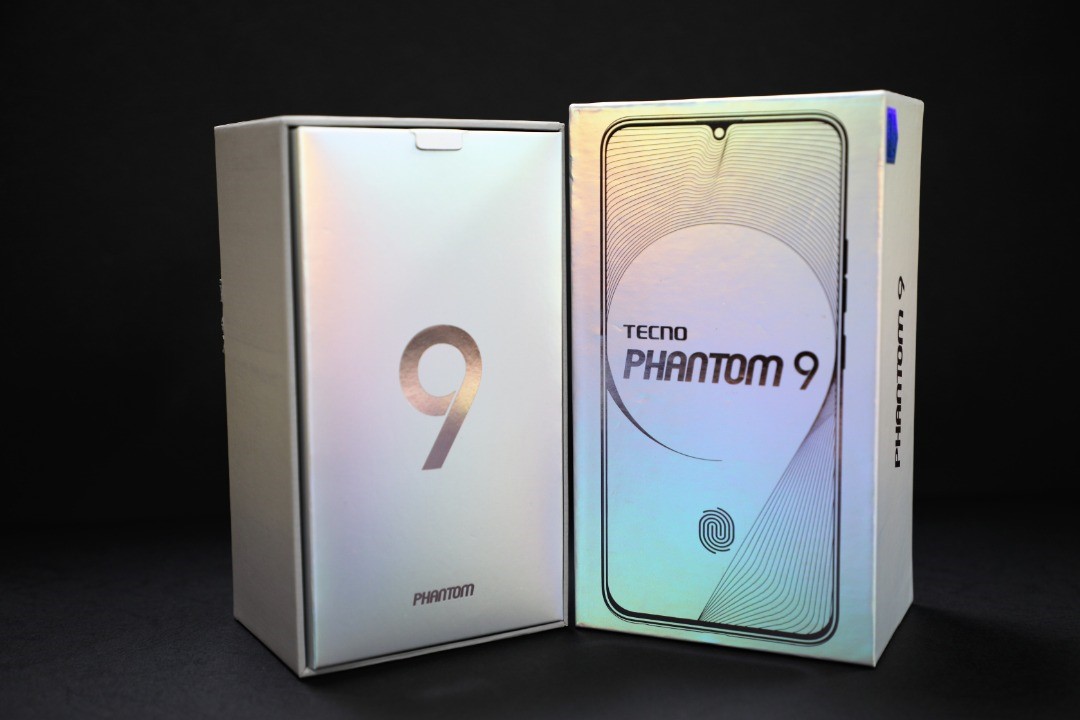 The new TECNO Phantom 9 is an innovative device coming almost two years after its predecessor-the Phantom 8.  The Phantom is back and is the first TECNO smartphone to use an in-display fingerprint sensor, triple rear camera, wide angle lens as well as 128GB of storage.

The Phantom 9 promises an unrivalled mobile experience thanks to its stunning AMOLED display, fast and smooth operation and a glamorous Aurora design.

The device was launched in Lagos on Thursday, 4th of July, 2019. So is the full unboxing review. 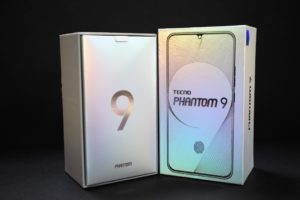 Key Specs of the Phantom 9

So the device is housed in an attractive grey box with the inscription of the product name, a schematic of the phone and a fingerprint scanner which is placed under the screen. 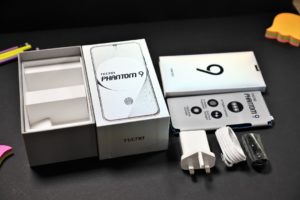 And yea, when you opened the box, you are greeted with the phone itself.  Believe me, this is one of the most attractive Android smartphones from TECNO.

Accessories inside the box include a TECNO fast charger, a pair of headphones, a free pouch, SIM ejector tool, user manuals. 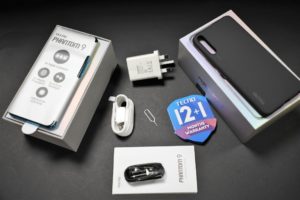 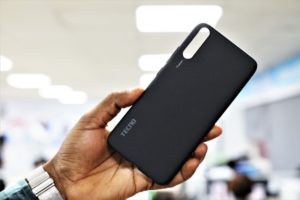 The device is quite stylish and well-crafted. It has a glossy feel design with an Aurora inspired insulation at the back. 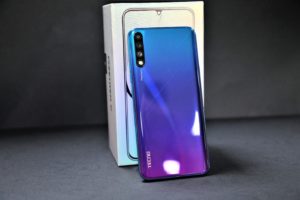 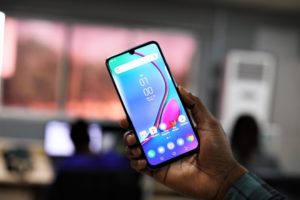 Display-wise, the front of the Phantom 9 is occupied by the almost bezeless 6.4-inch AMOLED screen. There is a Dot-hole cut-out that houses the 32MP front-facing selfie snapper followed by a dual LED flash. The mouthpiece is also placed the at the top which is something interesting if you consider how slim the chin at the top is.

At the bottom of the screen, you will find the multitasking button followed by the home button and the exit button. 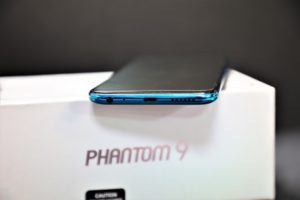 The 3.5mm audio jack, noise-cancellation mic, the USB 2.0 and the single-firing speaker are located at the bottom chin of the phone. 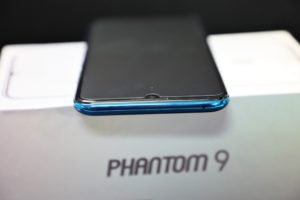 At the top, you have nothing except a noise-cancellation mic 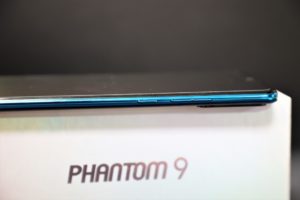 At the right-hand side of the device, is where the volume controller and the power buttons are placed. This gives the device a neat look from the left-hand side, asides the SIM slot which can take two Nano-SIMs and a micro-SD card. 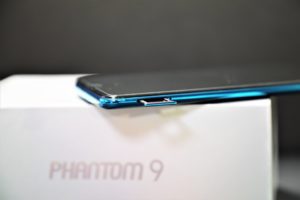 The all new Phantom 9 is quite gorgeous with its glamorous artistic design, which is created with the aurora colour of Lapland on its back cover, giving the mobile a perfect level of aesthetics. 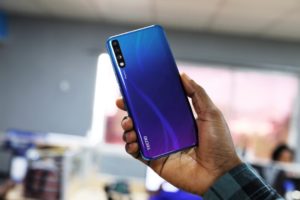 The back houses a triple rear camera set up consisting of a 16MP main camera, a 2-megapixels depth sensor and a wide-angle 8-megapixels sensor

The device will be available in Nigeria in the coming weeks and customers will be able to purchase it at a retail price of N77,000 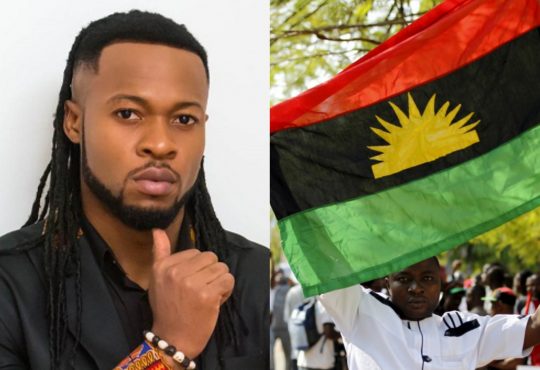 9 things to know about the new Chief of Staff, Prof. Ibrahim Agboola Gambari