HomeNewsList of Top Ten most developed countries in Africa
News

This article contains a comprehensive list of the ten most developed countries in Africa.

Development means a lot of things to different people. But when it comes to calculating the development of countries, there are many ways to do so, but this may not necessarily mean thorough development.

Development may be calculated by looking at the level of technology in a given country, but this is only one factor. it may also be looked on by calculating the amount of money in the system yearly, that is, the GDP but this money might be hoarded by only a select few.

Some of the quantified development to mean the number of Natural resources in a given country, but when you look at the fact that many countries especially in Africa a blessed with natural resources that remain untapped due to corruption, you can say that it is not the right calculation.

What this means in lay terms, is that it measures just how much development in that country is made not just in the residential areas of the rich but also those of the poor.

Nevertheless like many other criteria, it does not take into consideration the amount of money in reserves, the population of citizens or even the level of technological development although this can be shown by the “HDI” to an extent.

It would interest you to note that many of the countries on this list do not have glamorous looking football stadiums or other architecture. Many of them can afford to have something worthwhile but they have opted to conserve the natural environment filled with lovely beaches, natural reserves and many more.

Note: it would interest you to know that the country with the highest HDI in the whole world is Norway with 0.949. This can be your basis of calculation.

Ten most developed countries in Africa

Seychelles is a small island country based in the Eastern part of Africa. its capital is Victoria. Although you may wonder how it made it to the topmost developed African Countries, it definitely is.

The Island country may not have a massive population but it does have a well-developed economy defined from Agriculture and Tourism.  Poverty, one of the many challenges in Africa may still be high but its economy is stable. It, however, failed in areas of equal wealth distribution.

Mauritius is an island country to the Southeast coast of Africa. Again this country is an Island but it ranks second highest among the topmost developed countries in Africa. The capital of this country is Port Louis. Mauritius has a life expectancy of 75.17%  and free education is awarded by the government from the primary to the university level. So literacy is very high in the country ranking about 89.8%.

Mauritius may not have any natural resources such as Petroleum but it has definitely done so much for itself, in terms of education, renewable energy supply, healthcare, and even technology. it has a free economy and a friendly investment environment.

Algeria ranks third on our list of top most developed countries in Africa. it is located in North Africa on the Mediterranean Coast. Algeria has one of the largest military in Africa, the largest defense budget and many of its weapons are imported directly from Russia. Algeria also has an abundance of natural resources and ranks 10th place in the abundance of natural gas.

Algeria does not have much in terms of fascinating buildings and therefore has no existing Tourism achievements but this has been improved in recent years. Algeria currently has a literacy rate of 78.7%  and 99% of the country lives within the urban areas.

Tunisia is located in North West Africa and is bordered by Algeria and Libya as well as the Mediterranean Sea. Tunisia has a high rate of unemployment, corruption, and lack of freedom of speech (143 out of 173 countries in the World). However, although it surely has corruption, it is the least corrupt Arab-African country in the world.

It also has a stable and diverse economy ranging from mining, manufacturing, petroleum products, tourism, and agriculture. it also has the most competitive economy in Africa.

But it does not have a free press as well. its economy depends largely on the Oil sector but it also majors in tourism as well. it would also interest you to know that alcohol consumption is illegal in the country. Basic education in Libya is free and compulsory up to secondary level. Literacy in Libya is about 89.2%.

Botswana is in the Southern part of Africa. It also ranks top among the most developed countries in Africa for many reasons. It is also has a fast-growing economy and a high standard of living that may be comparable to that of Mexico. However, the Educational system in Botswana needs to be improved but it has significant developments in technology.

Quite surprising to see Gabon rank higher than South Africa in the topmost developed countries in Africa. But again development is not measured by the level of urbanization but rather on other factors mentioned in the introduction.

Gabon is located on the west coast of  Central Africa, just north to Cameroon. it has a high level of natural resources especially in terms of crude oil but more than 1/3 of its population still earn an income that would rather be seen as living in poverty. Investments are ongoing to boost tourism and agricultural sectors but not much are yet to be seen.

However, Gabon has one of the highest health sectors in Africa with more than 90% of its citizens having access to health facilities. 70% of the population also has access to safe drinking water. So food, shelter, and health are accessible in Gabon. The main problem lies in the level of income.

Also, Education is compulsory for children from age 6 to 16. the Country has a high literacy standard (83.2%)

Egypt is located to the northeast corner of Africa and southwest corner of Asia. it is ranked high among the topmost developed countries in Africa. It has a diverse economy with many sectors in agriculture, media, petroleum imports, natural gas, and tourism.

However, the standard of living of Egyptians ins very stagnant due to the high prices placed on basic goods and services. It would interest you to know that Egypt is the largest consumer of oil and natural gas in Africa as well as the largest oil refinery capacity.

South Africa ranks at the bottom of the topmost developed countries in Africa. South Africa has the second largest economy in Africa but the question here is not the largest but in terms of stability and a good number of other factors. It is the 25th largest country in the World.

However, South Africa has one of the highest rates of poverty and unemployment in the world.  It is a rich country but more than half of its residents have no access to this money.

In the World, South Africa ranks among the top countries in the World with income inequality. The major revenue for South Africa’s economy is Tourism, hence the explanation for what many perceive as a high standard of living, which is not. It remains one of the top most visited tourist attractions in Africa.

Cape Verde is an Island country located along the Atlantic Ocean. It has one of the healthiest population in Africa. it also makes the tenth position of the topmost developed countries in Africa. Cape Verde has a good educational system but this can be improved. However, it’s economy is largely dedicated to research in Science and development.

And there you have it, the topmost developed countries in Africa. Do let us know your thoughts on this rankings. 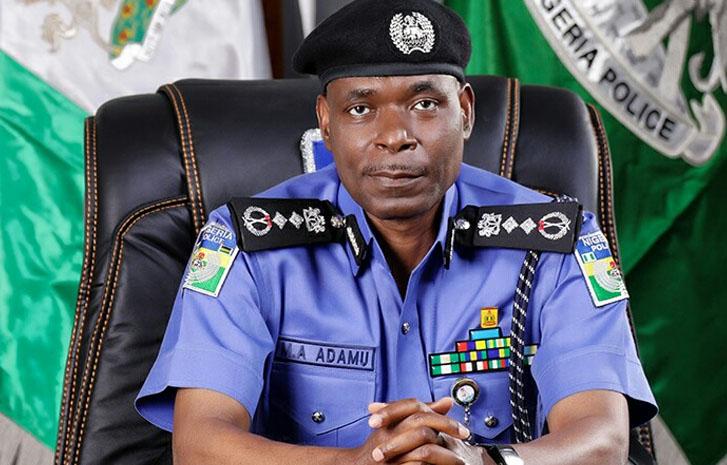