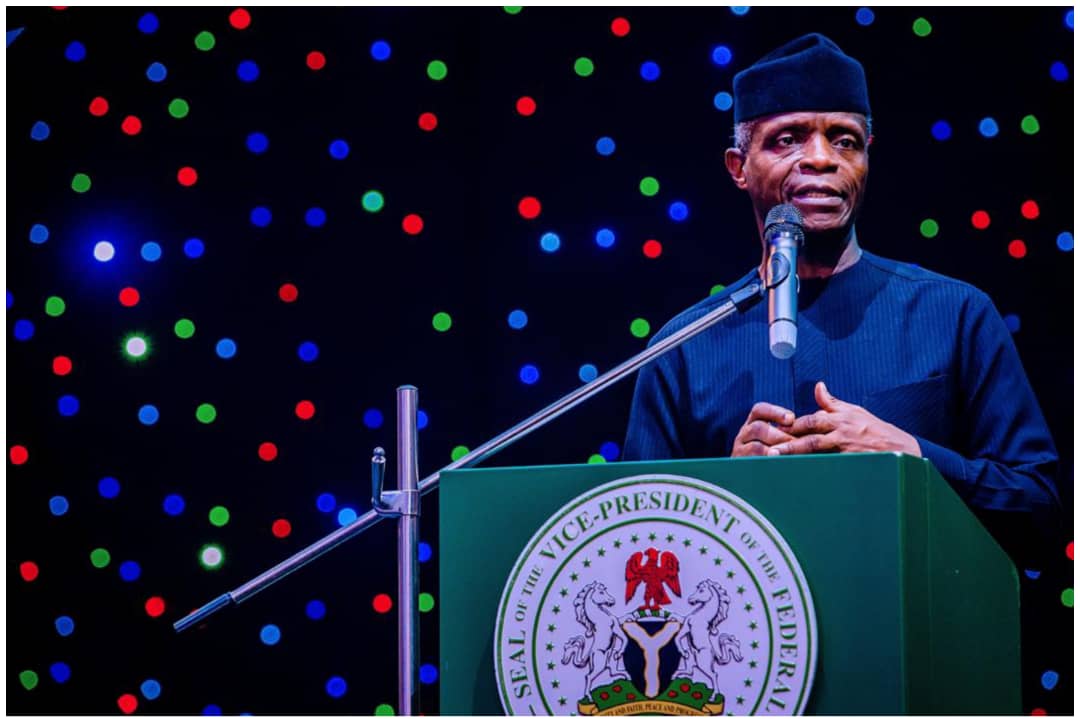 Vice President Prof Yemi Osinbajo has stated the reason why the government’s engagement of youths must be done in transparency and honesty in order to build a progressive society and nation.

“This, according to him, was why the implementation of the Buhari administration’s Social Investment Programmes (SIPs) were not done on the basis of sharing slots between public officials or political chieftains, but in a manner whereby Nigerians who knew no one could benefit and did benefit.”

“The Vice President stated this on Tuesday when he received, on a courtesy visit to the Presidential Villa, the executive committee of the Young Parliamentarians Forum led by its Chairman, Hon. Representative Karu Simon Elisha from Kebbi State,” a statement by his spokesperson, Laolu Akande, said. According to Prof. Osinbajo who was asked by the President to coordinate the SIPs at its commencement in 2016, “the first problem was everybody wanted a slot. I resisted it. Why? If I do that, we will destroy the programmes because majority of Nigerians don’t know people who will take the slots.”

He continued: “It was not that one was being purist, but if young people can’t get the benefit except they know someone then we have failed the young people.”

Recalling how the President responded to the implementation of the SIPs, which was done openly giving everyone an equal opportunity to benefit, the Vice President said “one day the President called me that he was listening to BBC Hausa Service and he heard two young men-beneficiaries of N-Power – saying they didn’t know anybody but were being paid the N30, 000 monthly stipends. The President said that is what shows we are making a difference.

“And everywhere we went during the 2019 campaigns, we had these young people organizing themselves coming out supporting us,” the Vice President recalled.

“If people know they count, then they can trust us and they won’t destroy because they have a stake. Otherwise, people will never trust us,” he submitted, insisting that political leaders must make sacrifices in order to win the trust of the people.

Acknowledging that there are indeed important issues to be addressed while noting the crucial place of youths in building a successful nation, Prof. Osinbajo said the youths are not just demography but they are in the majority, stating that “what we need to do for that vast majority is what we must do for our country. We must find a way so they are represented as effectively as possible.”

He welcomed the support of the House of Representatives members for the newly formed National Economic Council (NEC) committee set up yesterday to interface with youths, and other stakeholders on issues of employment, social safety-nets, and national unity.

On his part, the leader of the delegation, Hon. Elisha, commended the Vice President’s sincere interaction with the youths over the years and especially in the wake of the #EndSARS protests across the country, and called for improved interaction between youths and leaders at all levels.

In his contribution at the meeting, Hon. Luke Onofiok, from Akwa Ibom State, also commended the courage exhibited by the Vice President in honestly addressing issues in the wake of the nationwide protests.

He said “we appreciate the messages you sent to the youth during the protests. It doused tensions. You did the job of John the Baptist for the President ahead of his speech to the nation.”

The Federal legislator, a PDP member, added that “we want to thank you for the sincere and transparent communication.” He then called for a bi-partisan approach to address the fallouts of the youth protests.