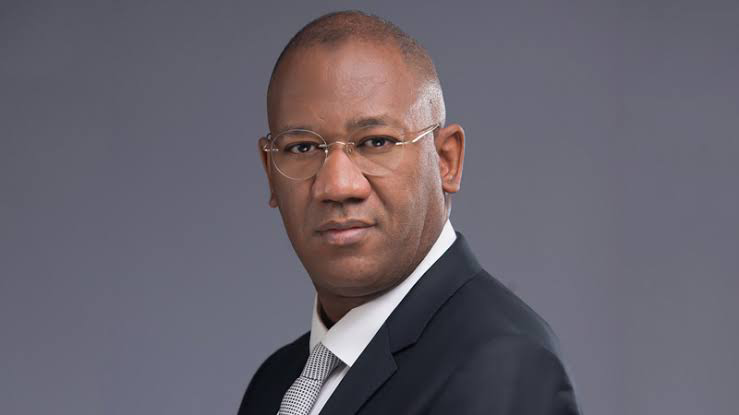 Yusuf Datti Baba-Ahmed is currently in the news for being the running mate to Peter Obi for the 2023 General Elections. Without further ado, let’s get started.

Yusuf Datti Baba-Ahmed was born to the Baba-Ahmed family in Zaria in the 1970s. He is among the thirty-three children of his father, Baba Ahmed, was an Arab cattle-trader from modern day Mauritania who later became a notable professor and expert on Islamic jurisprudence.

Baba-Ahmed has a BSc and MSc in Economics from the University of Maiduguri in Borno State. He worked in the security Printing and Minting, Lagos before entering politics.

In 2006, while a Federal representative, he earned the title of Doctor of Philosophy when he completed his PhD studies at the University of Westminster.

Baba-Ahmed was elected in April 2003 to the Federal House of Representatives for the Zaria Federal Constituency, Kaduna State. He ran on the All Nigeria People’s Party (ANPP) platform.

Baba-Ahmed was popular for his principled activism. During the administration of President Olusegun Obasanjo, he was among lawmakers who opposed letting Obasanjo run for a third term. In May 2006 he said he would not run for reelection unless action was taken to investigate allegations that members had been bribed to support the constitutional changes needed for a third term presidency. In 2007 he took the Independent National Electoral Commission to court over conduct of past elections. He was known for speaking out against corruption.

Speaking at an Islamic media forum in Abuja in September 2008, Baba-Ahmed called on journalists to fearlessly submit accurate reports. He said that corruption in the country is endemic, and special prayers and determination from all stakeholders are needed to correct the situation. Baba-Ahmed became the Managing Director of Baze Research and Data Services Ltd.

Baba-Ahmed was founder and Pro–Chancellor of Baze University, an independent university located in Abuja in the Federal Capital Territory, Nigeria which opened in April 2011. Citing his studies abroad as a benchmark, he said that the Nigerian educational system was “appalling” and that this inspired him to start Baze University.

In the April 2011 elections, Baba-Ahmed polled 366,398 votes in the contest for Senator for Kaduna North. Runner-up Senator Ahmed Makarfi of the People’s Democratic Party (PDP), the incumbent, polled 365,043 votes.