Football Games for Android – Football, or soccer as the Americans call it, is the world’s most popular sport. Therefore, it is not surprising there are dozens of football games for Android for fans and non-fans alike.

Football games for Android devices have evolved greatly over the years. In the early years, the controls were basic and the graphics flat and two-dimensional.

Today, you would be forgiven for mistaking the games for the real thing. The graphics are high-definition 3D affairs. The controls can now mimic complex moves made by actual players.

This is why many people are addicted to these football games for Android devices.

Below are 10 of the best Football games for Android devices from the several dozens evaluated for 2018.

Pro Evolution Soccer is one of the most popular football games for Android in the world. It had recorded over 70 million downloads.

The graphics are superb with high quality sounds with fanciful controls allowing you to create moves like chip shots or controlled shots.

With PES, you have the option of playing casual games against friends in the ‘Local matches’ or ‘Local leagues’ mode. Each player can create their own team from the in-game selection of players.

Dream League Soccer stands apart from the pack with its infusion of realistic football UI. This makes for an awesome user experience for avid gamers.

In Dream League Soccer, gamers have the option of designing their own stadium and creating a team of realistic-looking players.

The players, like all the best football game apps for Android, are drawn from the top clubs and leagues in European football. It is one very addictive football game.

Football Manager Mobile 2018 is designed along the lines of the best footballing games for Android.

Apart from the big leagues in Europe, it also features South Korea and the U.S.

To play, you would have to put together your own team and use it to try and win the in-built championship. The latest upgrade comes with several improvements.

However, this wonderful game is not free.

You can download Football Manager Mobile here. The current price of the game is also listed on Google Play.

What makes Ultimate Soccer one of the best Football games for Android is its simplicity. You can play a solo game on your smartphone freeing you of the stress of having to beat an opponent

The controls are simple and easy to master. And you can commence the game directly from the stadium without additional frills or hoops.

Because there are no inbuilt extra strategies, the game can be played freely. Additionally, you have the choice to pick and train a team before going on to the pitch of play.

As far as football games for Android devices go, FIFA soccer is arguably the most popular game for Android smartphones.

The developers, EA Sports, have ensured this is a must-have football game with some amazing features.

There is something for everybody in this game. The graphics are outstanding; it has lots of content and it runs very smoothly on all compatible devices.

It also comes with a single player mode, online leagues, online PvP mode and players drawn from almost 600 teams around the world.

As far as content goes, no other football game for Android beats this one. And it is free too.

Soccer Star 2019, like most football games for Android devices, is fun and packs lots of excitements.

There are hundreds of players to select from European and North American (MLS) leagues. The game controls are easy to learn and the graphics better than average.

The game itself is easy to play.  After a while though, the games become more difficult to get to new levels which could be frustrating. Still, it is fun most of the time.

Football Revolution 2018 is a 3D football game where your instincts and sharpness are tested all the time. There is little time to think as you need to make decisions fast.

The downside is you don’t have complete control of the players. However, you choose your own players and create a team from a selection of real players’ licenses around the world.

Top Eleven 2018 is a wildly popular football game for Android devices with a difference. Here, you play the game as the manager.

You are given the chance to assemble your own team from the bottom to the top.

That is not all though. You have to show your managerial skills in training players, organize training camps and sessions, choose kits and manage the finances of the team.

It is available in 13 languages and you can pit your team against the team of other managers around the world in real time.

With easy and simple controls, Head Soccer 2018 is an easy football game for Android to learn and play.

After acquiring power, the pets, costumes and counter-attack features add an extra layer of excitement to the game. You’d love it if you adore pets and colorful costumes.

There are seven game modes which include shots like lightening shoot and dragon shots to defeat the opponent. There is also an online multiuser interface via Google to play with other gamers.

This is another popular football game for Android enjoyed by millions around the world.

Score! Hero is all about playing each level and completing the challenges presented at each stage.

There are close to 600 levels all boasting amazing graphics and awards for winners.

Unlike most games, it doesn’t take long to learn and start playing. The online multi-player feature opens up an avenue to test your skill against other players around the world. 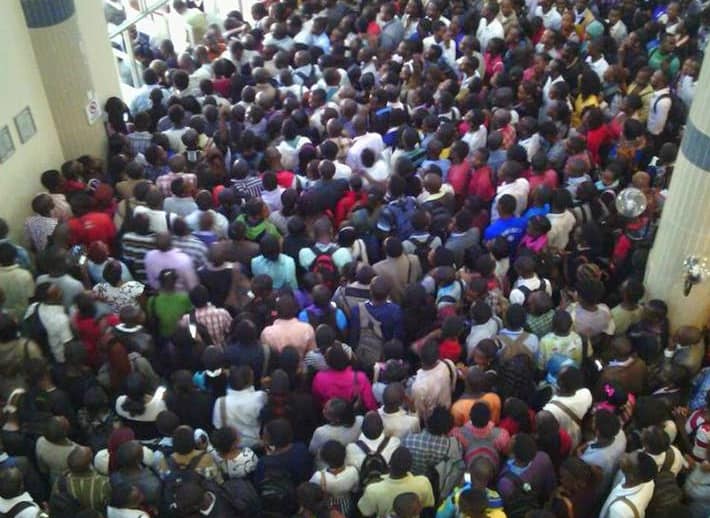