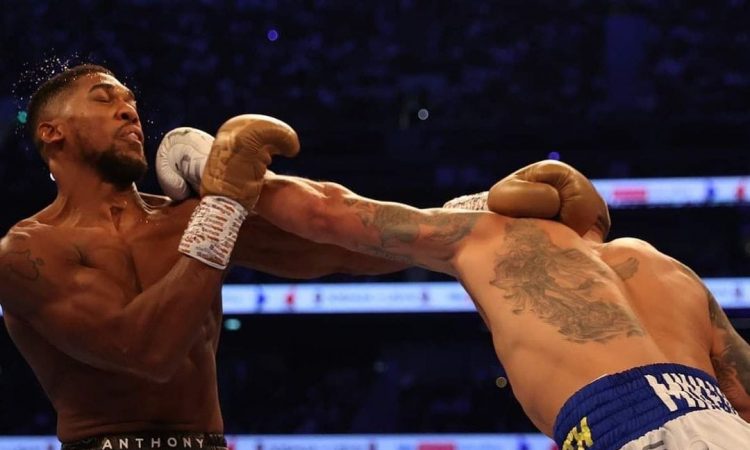 Anthony Joshua lost his world titles for the second time in four fights as Oleksandr Usyk was crowned heavyweight champion.

Favourite Joshua was on the back foot from the opening bell as Usyk made a fast start to his attempt to become a two-weight world champion.

And the Ukrainian had his rival in trouble at several points in the fight – and almost stopped him in the dying seconds with Joshua finishing the bout backed up on the ropes.

Joshua was defending his three world titles for the second time since snatching them back from Andy Ruiz Jr two years ago.

He had been out the ring since stopping Kubrat Pulev last Christmas – and had been poised to fight fellow world champion Tyson Fury this summer.

But Fury was instead ordered to fight Deontay Wilder for a third time, leaving Joshua to accept the challenge of Usyk.

The Ukrainian bulked up to heavyweight having conquered the cruiserweight division.

He stopped Chazz Witherspoon on his debut in boxing’s premier division before outpointing Derek Chisora behind closed doors.

And 67,000 fans packed into the Tottenham Hotspur Stadium to see whether he could dethrone Joshua.

The moustachioed challenger entered the arena wearing a space helmet before Joshua jogged to the ring as he took the acclaim of his home crowd.

As the first bell rang, Usyk looked to shed his reputation as a slow-starter. He landed the best shots of the opening round via his left hand as he looked to flummox Joshua with his movement.

Joshua looked to be busier with his jab in the second stanza but was struggling to use his considerable height and weight advantages to pressure Usyk.