Google Pixel 3 gives an attractive camera which we can say is the best smartphone Camera in 2018. This alongside the increased aptitude towards Artifical intelligence is a great uplift.

The Google Pixel 3 is a 5.5 inch Android 9 Pie OLED display smart device. it is available in three colours; White, Black, and Pink ( Not exactly Pinkish). The main areas of concerns are the 12.2MP rear camera and two front-facing cameras of 8MP which has been greatly optimised for better and wide angled selfies. However, we are not quite clear as to whether it is better than Google Pixel 2.

The Google Pixel 3 is not so different from the Google Pixel 2 when it comes to design. In addition, the rear end has a glossy finish with more than 80% in a matte finish.

Nevertheless, there is no headphone jack within this smartphone like was seen with the previous models and in addition, there is no external storage support. You are only stuck with the 64GB and 128GB models to pick from. The Colors are a huge letdown, however. The Stark white is not exactly what is expected of an expensive phone and the not so pink variety may be a bit intriguing for only a few. Therefore, we can guess that the black would be a favourite for everyone.

In addition, the 5.5 inch OLED screen is excellent and expansive but quite smaller than the screen size, we saw within rumours that has been propagated. The Google Pixel 3 is measured to be 145.6X 68.2 X 7.9mm and it weighs about 148g. Therefore it is not exactly bigger than the Google Pixel 2 (5-inch display).  The Pixel ratio of this year’s design is about 18:9 which therefore gives off a richer and bluish tint. There is also noticeably a much lesser bezel which makes it more attractive than the Google Pixel XL because it does not have the ugly notch.

Surprisingly, the Battery life is slightly lower at about 2,915mAh, however, it is an improvement from the Google Pixel 2 which had 2,700mAh. However since it runs on Google ‘s Android 9 Pie, it is expected that the battery performance would be a lot better. However, this has not been properly analysed at the moment.

The Google Pixel 3 is powered by the Qualcomm Snapdragon 845 and has a 4GB RAM. Therefore we can say it is a bit behind when compared to many smart devices we saw this year which had up to 6GB RAM. Also, when you compare the Apple A12 Bionic chipset, it is quite obvious that the chip beats the Snapdragon significantly.

As said earlier, the Google Pixel carries an f2 front facing camera of about 8MP each and a rear camera of about 12.2 MP. The Rear camera also carries a f/1.8 aperture which is quite normal with the 2018 models but the night mode features are quite impressive. At the Luach event, it was even demonstrated that in taking low light photos, Google’s Pixel 3 beats iPhone XS. In addition, it packs an optical and electronic image stabilisation feature as well as a larger 1.4-micron pixel than the iPhone XS. Also, video record presentations in 4K  topped at a maximum of about 30mfps

The front-facing beauty cameras, on the other hand, is quite lovely as it can take a Gropu selfie more comfortably than the old model. The two 8MP cameras combined gives about 75 (or 95) degree field of view. In addition one of the 8MP cameras has a f/2.2 aperture( for wider pictures) while the other has a f/1.8 aperture for a normal selfie.

There are a lot of appealing AI features integrated into the Google Pixel 3. Such as the Top shots feature which allows easy pictures when it comes with eye blinking, shaky hands and many more. In addition, Photobooth allows easy pictures without having to tap the phone because it can recognize, facial expressions stating that it can snap away. Another lovely feature is the ability to screen away spam calls. When this feature is turned on, Google Assistant quickly provides a visual transcription of what the other caller is saying as well as replies from the Google Assistant. This will help you decide whether you wish to Accept the call or reject it. It is important you note that this feature will only be available for the Google Pixel 3.

Pixel 3 also has an inbuilt feature called ‘Titan M security chip’ which Google has said will provide “on-device protection for login credentials, disk encryption, app data, and the integrity of the operating system.” Google Assistant and Google Lens are designed as parts of the software experience.

The Google Pixel 3 offers a bit more than the Google Pixel 2. However, when compared to many other smartphones created in 2018, we can say it is not exactly groundbreaking but makes a good runnerup. 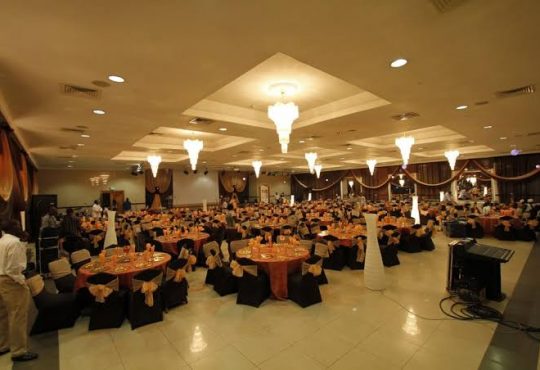