The Google Event opened yesterday with the expected unveiling of the Pixel 3 smartphones and other products from the tech giant.

The event though was marred by the announcement by Google that it had shut down its social network, Google +.  This was due to privacy concerns over a glitch that potentially exposed the data of over 500,000 users.

However, the bad news did not completely overshadow Google Event. The world wanted to find out if the latest Pixel smartphone looked like the rumors of the past couple of months said.

Discussion of online security would have to wait for another day.

Apart from the new Pixel smartphones, the company also unveiled a new detachable tablet known as Pixel Slate, a new Google Home device without a camera among others.

Unlike in the past, the announced products were immediately available for pre-order by consumers.

As far as the specs are concerned, it turned out all the rumors from the usual suspects were correct on the specs.

The Pixel 3 XL and Pixel 3 spot 6.3′ and 5.5′ display respectively. The new phones from Google buck the trend of multiple cameras by sticking to a single rear camera on the devices.

The front though spots dual cameras with support for wide-angle selfies.

Other camera-centric features include:

These new camera features are all made possible by the phone’s ‘Pixel Visual Core’ chip according to Google.

As is common with the launch of new Google phones, these are always accompanied by the debut of the latest Android OS. In this case, both phones would run the Android 9, Pie.

Another new feature is the ability to mute notifications from the phone by placing the phone with the display facing down.

A new accessory has been added to the Pixel. It is a wireless charging stand that also doubles as Google Assistant. This would retail at slightly under $80.

As for the price, the 64GB versions of both models would cost $799 and $899 for the Pixel 3 and Pixel 3 XL respectively. Both smartphones are pastel pink in color.

The phones would start shipping out on the 18th of October. But as already stated, you can get ahead of the queue by pre-ordering your device of choice.

Also announced at the Google event was Google’s own tablet known as Pixel Slate. It is a 12.3′ display affair with 8MP front and rear cameras.

It runs on the Chrome OS with dual speakers at the front. However, there is no headphone jack.

Other features of the Pixel Slate include:

However, the keyboard and Stylus are optional and you would have to pay for them separately. The keyboard costs $199 while the Stylus goes for $99.

The Pixel Slate costs $599. Unlike the Pixel 3, a specific ship-out date was not announced. But it would surely be shipped out before the end of the year.

The Google Home Hub was the third hardware announced by Google at the event. The gadget functions like Google Assistant but with a smart display which can be used to view YouTube.

It is integrated with Google Photos so you can view all your photos directly from the hub without having to open the app on your smartphone. The voice command makes it even easier to navigate than Google Photos.

Additionally, Google Home Hub can integrate with all your smart home gadgets to schedule and control gadgets to fit your routine.

The Voice Match feature means different individuals in the family can be voice-matched to accommodate commands from multiple individuals.

In standby mode, the device displays relevant info like your appointments as recorded in the digital calendar, weather stats, and the time of the day.

Google’s Hub would cost $149. It can be pre-ordered now with a shipping date set for October 22nd.

The Duplex AI voice-calling system that sounds uncannily like a human being now has a launch date. It would be in November and it would debut in Pixel phones first.

Announced at the Google’s I/O developer conference back in May, the integrated AI can make calls on your behalf and book appointments for you.

The scariest part is, the recipient of the call won’t know they are talking to a machine. It is that good.

People have raised concerns about the ethics of speaking to a machine without their knowledge.

To allay these fears, Google claims there would be a ‘disclosure built-in’ function that would let people know beforehand they are talking to an AI algorithm.

It would be released in the US one city at a time. However, no information was given on which cities would get it first.

Aside from the four devices above, there is now an updated Chromecast on Play Store as well as new USB-C earbuds that cost $30.

Owners of older Pixel phones would find the earbuds useful. Pixel 3 owners would have the buds as an accessory to the smartphone for free. 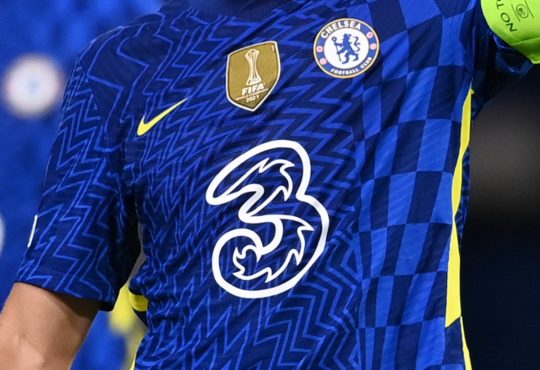