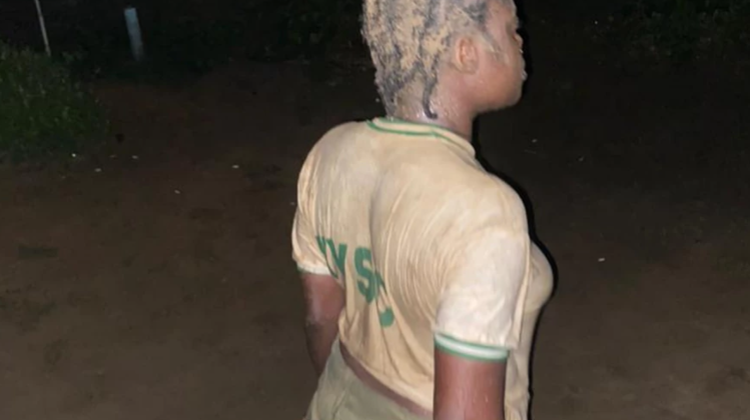 Army Officer Lt. Chika Viola Anele, can be seen in a now viral video, bathing Ezeiruaku Ifenyinwa Fidelia, a member of the National Youth Service Corps (NYSC), with an unknown substance, before proceeding to dehumanise her and hit her with a bowl.

The youth corps member and the officer reportedly got into an altercation, before the former was asked to kneel.

Before long, the fresh graduate was getting drenched with what appeared to be brownish, muddy liquid.

Journalist and activist, Agba Jalingo, who first shared a clip of the incident with this writer, says the incident transpired in Calabar, the Cross River State capital.

The army has since confirmed that the incident occurred inside 13 Brigade, Calabar, and that the officer has “been identified and sanctioned.”

“For the records, the ugly incident happened in 13 Brigade, Calabar. The Brigade Commander immediately instituted an investigation and the officer involved has been identified and sanctioned on the interim and would be made to undergo regimental orders (trial) in line with the extant provisions of the Armed Forces Act.

“The submission that the Brigade attempted covering up was therefore misleading, as the Nigerian army remains a professional force that has zero tolerance for indiscipline amongst its personnel,” a statement from Director, Army Public Relations, Brig.-Gen. Onyema Nwachukwu, reads.

The army adds that: “This act is not only condemnable, but unprofessional and against established precepts of discipline in the Nigerian army.

“The Nigerian army has remained undoubtedly the pride of the nation, a symbol of national unity that has consistently being in the vanguard of respect for the fundamental human rights of the citizenry.

“It is against this premise that the Nigerian army condemns this unimaginable level of infraction by a personnel in its ranks.”

Earlier, Jalingo, who writes for CrossRiverWatch had told this writer that the NYSC was hell bent on forcing Youth Corper Fidelia out of Calabar.

“She has been given transportation to leave town by road immediately for “safety reasons,” Jalingo said.

Jalingo also disclosed that “Fidelia has told CrossRiverWatch that NYSC authorities, who are also soldiers, are holding her hostage now in Calabar and insisting they cannot leave her unless she is ready to proceed to a park and leave for Lagos, against her will. Her phone has been seized too.”

The Nigerian army has repeatedly been criticized at home and abroad for flagrant displays of brute, disproportionate force and human rights violations in dealings with the civilian populace. 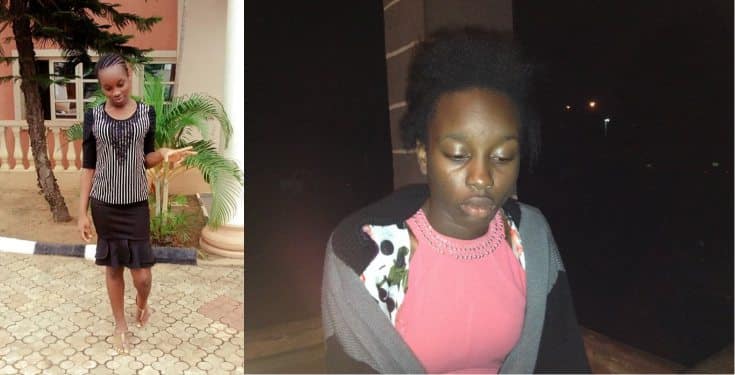