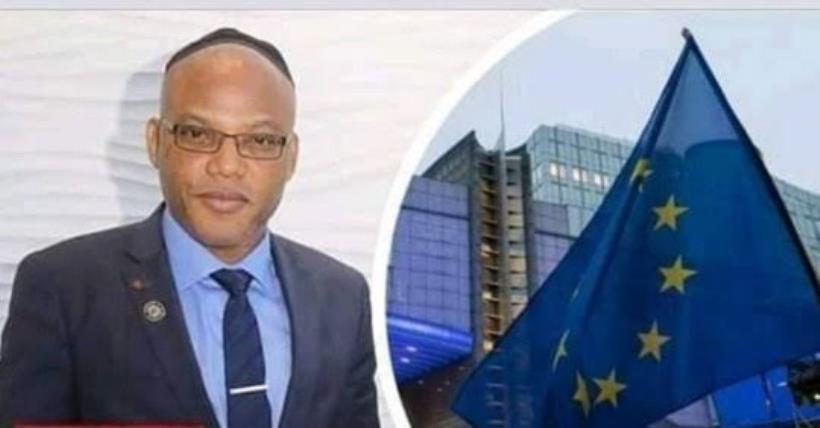 BIAFRA BRIEFING FOR THE EUROPEAN PARLIAMENT

There is a crisis in Nigeria. The Nigerian State has never been at peace with itself and recent events amplify this pending emergency. And, as has been the case since independence from Britain in 1960, Biafrans are the easy target of the lack of a credible Nigerian state. Nigeria governs without the consent of all within its borders. Nigeria claims to be ruled by law, but in effect, there is a de facto lawlessness in Nigeria. Nigeria’s epidemic of violence flowing from the North is well documented. In 2014 the Global Terrorism Index judged Fulani militants to be the fourth most deadly terror group in the world, behind Boko Haram, Isis, and the Taliban.

Lawlessness is always one step ahead of the Government. In response, the Government, when it is convenient for it to do so, attempts to give a veneer of legality to the lawlessness. Recently proposed land reforms across Nigeria do just that. The Fulani herders from the North are increasingly encroaching on the settled farmers of the South/South East. This includes Biafra. As Amnesty International has reported, there were more than 2,000 deaths in 2018 linked to this land crisis. Instead of seeking to address the violence, the Government has sought to condone it and legitimize the land grab.

There is an underlying problem in the North which has to do with climate change and encroaching desertification due to overgrazing and deforestation. This has drawn Fulani herdsmen further south and led to violence against Biafran farmers seeking to defend their land and crops. The fertile farming lands of Biafra are very attractive to the Fulani.

To address this land crisis, the Government, the President of which is Fulani, sought to establish the RUGA scheme (an acronym for Rural Grazing Area – or is it, as some suggest, a Fulani word?) whereby Fulani herders could officially move into areas and absorb land as part of a Government co-ordinated programme across Nigeria.

Is this an attempt to develop settled land practices for the Fulani, or, as is the experience of Biafrans, is the drive behind RUGA an attempt to Fulanise (or Islamise) Biafraland and force out Biafrans? Biafrans who stand up to the Fulani are killed. Because of the uproar across Nigeria, the RUGA settlement programme has been suspended, but the National Livestock Transformation Plan (NLTP) remains in place. This programme advocates ranching. How different is it from RUGA? For Biafrans, the effect is the same. They are forced from their land and will be killed if they do not make way for the Fulani.

Nigeria: The Problem, Not the Solution
Nigeria has always been a fiction. The state we now know as Nigeria was created for British administrative and colonial convenience in 1914. An audacious move by the British, but no surprises in Empire. Britain’s Nigeria drew together disparate people into one entity.

To oversimplify, to the North are the Muslims. Two ethnic groups dominate the North, the Hausa, and Fulani. The Fulani are now in the ascendency. One hundred years ago these were semi-nomadic, pastoral people. Many Fulani continues to live as herders. The South is mainly Christian and in the South East, there is also a vibrant Jewish tradition. The rural communities in the South/South East tend to be settled, farmers. The principal ethnic group in the South is the Yoruba.

The South East is the region that makes up Biafraland or Biafra. There is a coherence to Biafra. Its western border is the River Niger and it incorporates most of the Niger delta. The eastern border is Cameroon. To the west, across the Niger, are the Yoruba. In the north are the Muslim people. Despite colonisation and being forcibly absorbed into Nigeria, Biafrans are defined by common values and a shared sense of identity. Biafrans don’t all speak the same language. Many Biafrans are Igbo speakers. Other Biafrans speak Urhobo-Isoko, Ijaw-Epie-Ogbia, Ogoni, Efik, Annang, Eket-, Oron-Ibibio, Ogoja, Ejagham, Igala, Idoma, Ibani, and Igbanke among others.

To put Biafra in its Nigerian geopolitical context, Biafraland is made up of the following Provinces:

The Biafran War (1967-1970)
With independence, the persecution of Biafrans started. One colonial master was replaced by another, although, and without endorsing British rule, Biafrans fared better under the British than they have under Nigerian dominance.

First, the Biafrans who had been transplanted to the North by the British were massacred. Those that survived fled back to Biafra. The oppression and intimidation did not cease. In 1967, Biafra was left with no choice but to proclaim independence. Nigeria declared war.

Biafra didn’t stand a chance. The conflict turned the Cold War on its head. The Soviet Union and Britain actively supported Nigeria. “Biafra, Britain’s Shame” was how many described the UK position. French compassion was gratefully received but it could do little to protect the fledgling state. America’s neutrality in effect backed Nigeria. China was silent. The UN was hopeless. Biafra was doomed. Starved into submission, after three years the Biafrans surrendered. At least 2 million Biafrans perished.

The atrocities, war crimes and crimes against humanity committed against Biafra during the Biafran War remain unaccounted for. Was it an attempt at genocide? Biafrans were considered an existential threat to the state. The killings were indiscriminate. All Biafrans were targeted.

Biafra Subjugated
After the war, Biafrans slowly rebuilt their world. But, as far as Nigeria was concerned, they were not and never had been Biafrans. They were Nigerians from the South East or Igbo-speaking Nigerians. The Biafran War was airbrushed out of Nigerian consciousness. Biafrans could only whisper about their loss. Joining the global Biafran diaspora was one option for those who could get out. Others remained in Biafraland, their Biafran identity amongst themselves, undiminished.

In recent years the Nigerian state authorities have conducted three orchestrated campaigns against Biafrans. The three Operation Python Dance campaigns have been battles against Biafrans. The first campaign was in 2016, the second in 2017 and the third is ongoing. They are designed to undermine calls for Biafran self-determination. Operation Python Dance campaigns intimidate. Serious and systemic human rights violations are carried out by state forces with impunity.

A Voice for Biafrans: The Indigenous People of Biafra

The Indigenous People of Biafra (IPOB) is the main organization which represents all peoples who consider themselves to be Biafran. IPOB has one principal purpose, IPOB calls for the recognition of the Biafran people’s right to self-determination. IPOB pursues the right to self-determination for Biafrans without the use of force. IPOB upholds human rights. IPOB rejects violence.

The Nigerian authorities target organizations calling for Biafran self-determination, most notably IPOB. Being found with IPOB symbols can result in an individual being disappeared. An arrest is inevitable. And now that IPOB has been proscribed, prison sentences are harsh.

The IPOB leader, Nnamdi Kanu, has been targeted, harassed and persecuted by the authorities. He has been unlawfully detained, subjected to prohibited ill-treatment and unfair trials. It is a miracle that he’s alive. Following an attack on his home, he was forced into involuntary exile. Many of those defending him were killed or disappeared. There is still a warrant out for his arrest.

Biafrans, supported by IPOB, respond cannily to these targeted attacks organising stay-at-home days each 30th May, the day Biafra declared independence in 1967. No one in Biafraland goes to work that day and the economy, along with everything else, grinds to a halt. As Nigeria denies the human rights of Biafrans, the Biafrans become more skilled in honing those rights. IPOB remains committed to non-violent campaigning.

international standards. IPOB is calling for a referendum. It is for that reason the Nigerian authorities have sought to brand IPOB as a terrorist organisation. The EU, the UK and the US have all rejected the labeling of IPOB as a terrorist group. They know that IPOB seeks only to uphold human rights.

Impunity for Northerners?
It is not only the direct attacks on Biafrans by the Nigerian state that perpetuate the intimidation and torment of Biafrans. Nigeria’s policies of accommodating Northerners have a direct impact on Biafrans. No different to 1967, Northerners act with impunity in Biafraland.

The current land crisis in Biafra caused by Fulani herders is just one more chapter of brutality facing the Biafran people carried out with the tacit support of the Nigerian state. Despite the apparent suspension of RUGA, Northerners continue to threaten Southerners, including Biafrans. They will have no peace if Fulanis are not allowed to establish the RUGA scheme, the Fulani say.

This land crisis throws into sharp relief Nigeria’s crisis. The Government of Nigeria is, to all intents and purposes, giving land to Fulani herders from the North which belongs to Biafran farmers. These are the same Biafrans who legitimately claim their right to self-determination.

Biafran farmers live in fear. The farmers of Ebonyi and Enugu are particularly affected. This torment must end. Biafra is entitled to resolve its own future and security.

Why Self-Determination Matters
IPOB has always called for creative solutions to recognise Biafrans’ right to self-determination. However, what is clear is that the existing model of the Nigerian constitution is fatally flawed. It continues to cause harm to all within the jurisdiction and it is unsustainable.Nigeria may once have worked for the British as a colonial administration. It has never worked as an independent state.

To this extent, it is a failed state. Nigeria is an artificial vehicle which buttresses those with power, or aspirations for power. As there is no legitimacy to the state of Nigeria, there is no rule of law. Law is used as a tool of coercion by the authorities to crush opposition. Others, such as the Fulani herders, simply ignore the law and act with impunity. 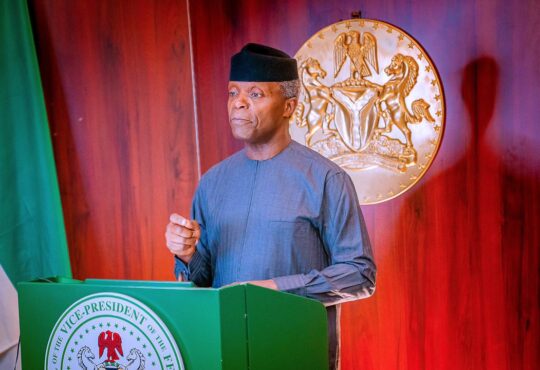