HomeNewsPastor Dare Adeboye Has Been Laid To Rest, See Photos From His Burial Ceremony
News 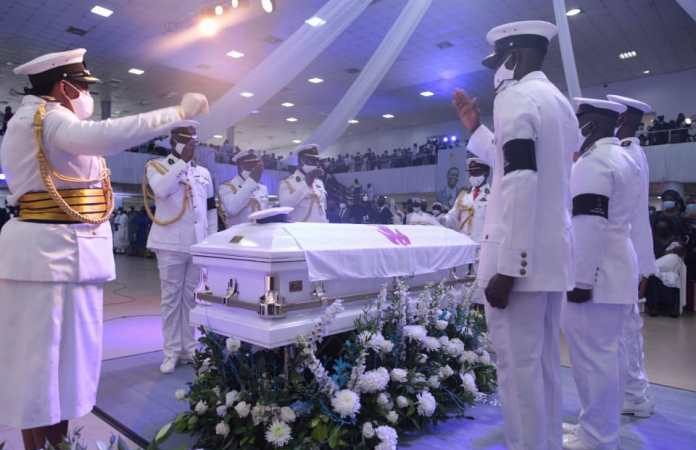 Pastor Dare Adeboye was laid to rest today. His body has arrived the RCCG Redemption Camp, and a farewell procession was held for the deceased at the venue.

See photos of when the body arrived the Redemption Camp: Yesterday, a service of songs was held for the late pastor at the Redemption Camp, and in attendance were the Vice President Yemi Osinbajo, his wife Dolapo Osinbajo, alongside several other people.

See photos from the service of songs which held yesterday:

Pastor Leke Adeboye with one of the children of the late Dare Adeboye: Vice President Yemi Osinbajo with his wife Dolapo Osinbajo at the service of songs: Vice President Yemi Osinbajo with the wife of the deceased Temiloluwa Dare Adeboye: More photos from the service of songs: When BBC News Pidgin shared the photos of when the body of the late Dare Adeboye arrived the Redemption Camp, many took to the comments section to sympathize with the family of Pastor Adeboye over this huge loss. They also prayed to God to encourage the wife of the deceased Temiloluwa Adeboye and the children he left behind.

On Monday, Temiloluwa had said that the late pastor did not die, but has only slept.

While speaking at the service of songs, the mother of three said that she only wept because he left her, but she is sure that he will rise again on the Resurrection morning, and she will see him again in glory. She said she is sure because he was saved and he believed in Christ and his salvation was certain.

She said that Dare was not afraid of death, and that he told her that if he dies he knows that he is fulfilled because he has done what the Lord sent him to come and do on Earth. She said that it is not a matter of how long we lived, but it is about how well we lived. She also urged Christians to give their lives to Christ if they are not sure of making heaven.

The death of Pastor Dare Adeboye is heartbreaking, but just as his wife said, he lived a good and fulfilled life, and that is what matters most. This is indeed a worthy lesson for those of us that are alive, to live an upright life, because we never know the hour that death will decide to knock. 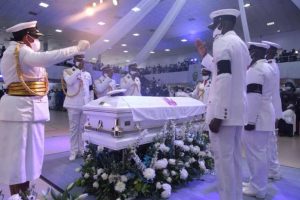 We pray that God grants his soul eternal rest in His glory, and also pray that He comforts his family in this hour of grief. Please drop some condolence messages for the family, and also share the article so that others can do so too.