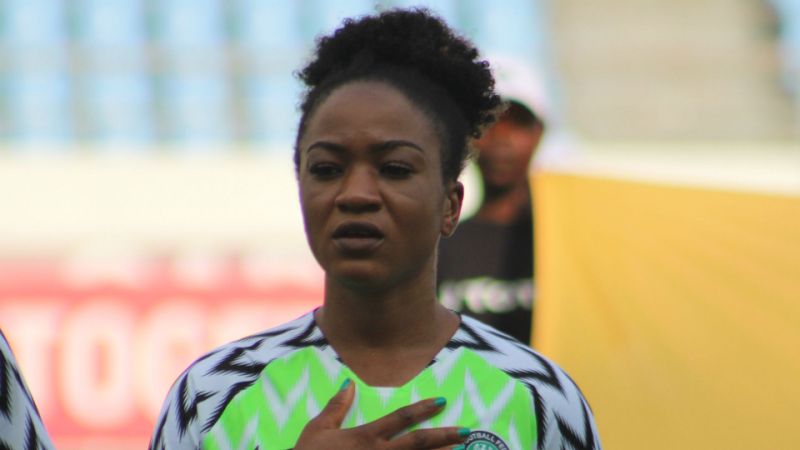 Super Falcons winger, Francisca Ordega has revealed that she once gave her ex-boyfriend a hot slap on the cheeks for looking at another lady.

According to her, she gave her ex-boyfriend a hot slap for looking at another woman because she was jealousy and wondered if the lady is more beautiful than her.

Speaking to PUNCH’s Kelvin Ekerete, she was asked about the craziest thing she did on and off the pitch.

On the pitch in the US, that was two years ago, I had this hair bun I always put on. We were training and all of a sudden, my wig and the hair bun fell off but I didn’t realize it was off, I was still running with the ball and all the players stopped and were all laughing. At the back of my mind, I was like, ‘what is happening?’ I was with the ball and was about scoring, and everyone was just laughing. So, I turned and tried to look around. Then, one of them just pointed, saying ‘Franny.’ Then I looked at it.

It was embarrassing and at the same time funny; even the coach, everyone were just laughing. E 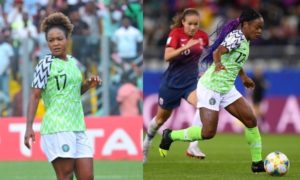 ach time I remember the scenario, it always cracks me up. And off the field, my first boyfriend ever, we were together and were going out. I was younger then, I was really young. We were going out and there was this very pretty girl that was so cute, cuter than me, and my boyfriend was just staring at her and I was like, ‘Hey! What are you looking at?’ And a lot of people were there, lots of them and I didn’t even know when I slapped him like, ‘Hey! What are you looking at? Is she prettier than me?’ I did it with all seriousness and everything. The jealousy was just obvious.

I was so jealous at that moment and everyone was just laughing at me. In our language (Tiv) they said, ‘Take care of your property, I like your spirit, carry on.’ I was so embarrassed but now it’s always fun to me anytime I remember it or when I see him. If we get to see each other, he usually asks me, ‘I hope you’ve stopped this drama thing?’ And I’ll be like, ‘Hey! I’ve stopped.’ So, it’s kind of crazy.

What do you do before and after a game?

I just like to wear my headset, listen to my favourite music from Wizkid. Also, I try to eat a lot of food to recover the energy lost. 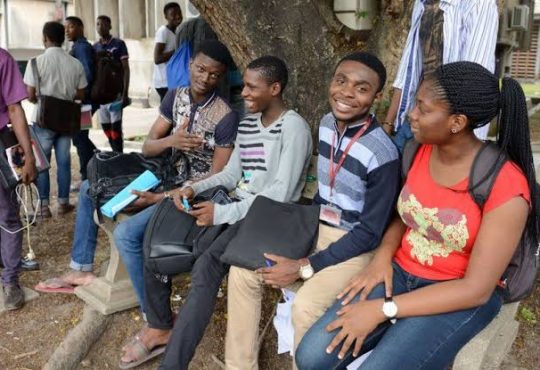