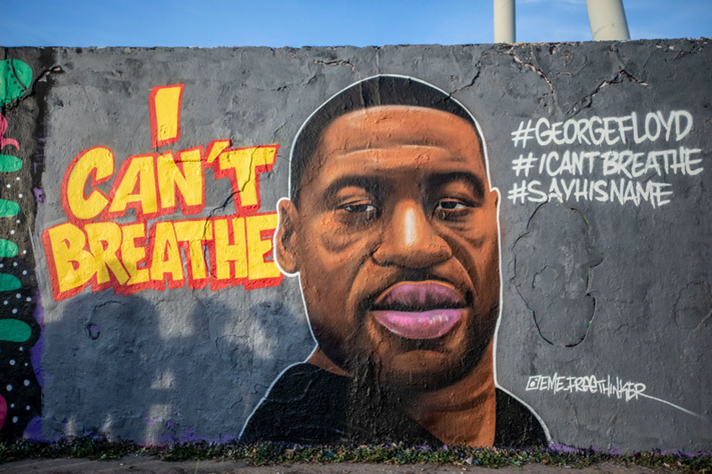 About two dozen lawmakers knelt for eight minutes and 46 seconds as a tribute to George Floyd, the unarmed African American man who died after a now-former Minneapolis police officer pinned his knee on Floyd’s neck during an arrest for that length of time.

Lawmakers, wearing African kente cloth scarves, knelt in the Capitol Visitor Center before holding a press conference to unveil their legislation in response to almost two weeks of nationwide protests over police brutality toward African Americans. 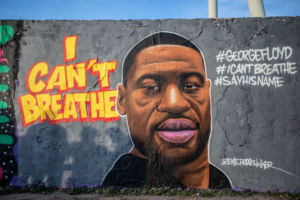 Read also Remember Diezani Madueke-Alison ? She Stole Trillions Of Naira, now a citizen of Dominica And EFCC Can No Longer Arrest Her

“We are here to honor George Floyd,” Pelosi said before the moment of silence began.

After almost nine minutes, Pelosi and the other lawmakers stood back up, though the Speaker needed the help of an aide due to her tall stilettos.

“You see how long it was to have that knee on his neck,” Pelosi said afterward. 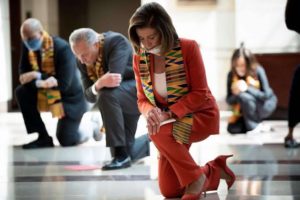 “To every one of us, it was excruciating. It seemed an unbearably long amount of time. It felt so painful to get even an inkling of how this man and so many black Americans have suffered for so long,” Schumer said before Monday’s moment of silence.

Democrats’ sweeping legislative package includes several proposals from members of the Congressional Black Caucus, including a ban on the use of chokeholds and establishing a national database to track police misconduct. 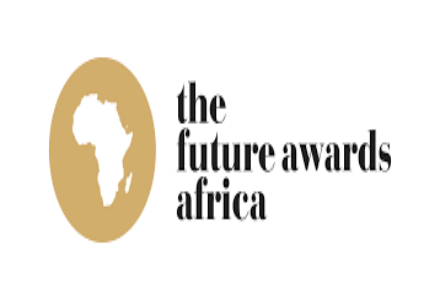