HomeTechTRIADA IS AN OLD AND SOLVED MOBILE SECURITY ISSUE
Tech

Back in March 2018, TECNO identified that the Triada issue affected only a version of W2 devices across all series of TECNO mobile phones. At the initial time of detecting the issue, we put together a security team to work on the solution. Consequently, we released the first official OTA fix to users on March 20th 2018, with rigorous system tests and GMS test set out by Google.

By April 30th 2018, the official OTA fixes adapted for different versions of W2 devices were released, assuring that the problem was fixed once the consumer accepted the system update by installing the fix.

For current W2 users facing Triada issue presently, we advise that they download the OTA fix on their phone for installation, or contact TECNO’s after-sales service support for assistance.

At TECNO, we have always attached great importance to users’ data security and products safety. Every single software installed on each device runs through a series of rigorous security checks, such as our own security scan platform, Google Play Protect, GMS BTS and VirusTotal test. 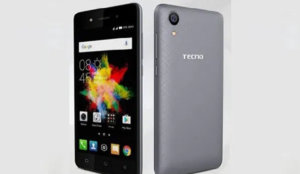 In addition, a 90-day security patch update is periodically delivered to TECNO users to ensure that the security of our products and the protection of users’ devices from malware are not compromised.

xHelper, which is similar to Triada, is a separate global mobile security issue that first appeared in 2019. We have deployed professional security tools such as GMS BTS and VirusTotal to detect the xHelper issue since last November.

All of TECNO’s new releases and software maintenance for old products must go through the test. No reports of xHelper have ever been detected since then.