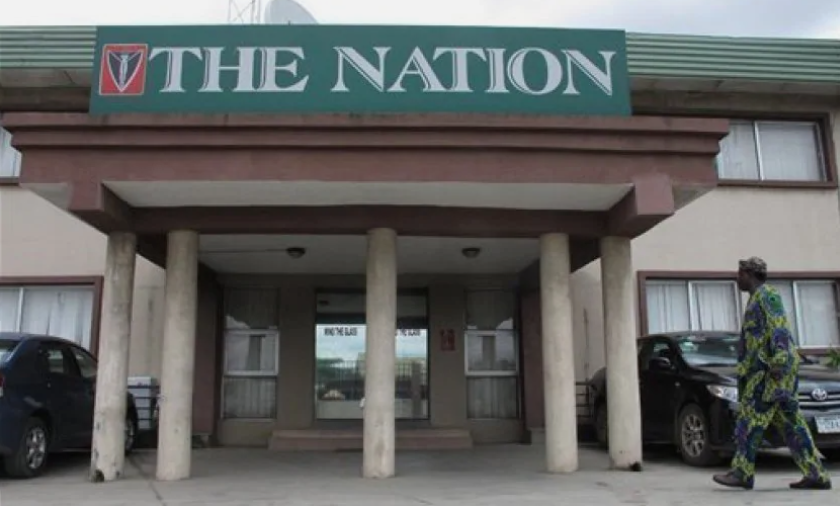 Angry youths in Lagos State have set the Lagos office of the Nations Newspaper ablaze. This is just one of the many properties that have been destroyed following the shooting of peaceful protesters at the Lekki tollgate by soldiers on Tuesday night. 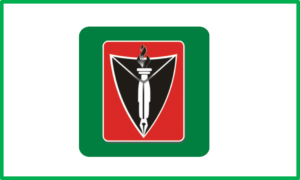 The youths are attacking buildings and establishments linked to the National Leader of the All Progressives Congress, APC, Bola Tinubu, on fire.

The Nations Newspaper is linked to the former Lagos State governor, Bola Tinubu. It was reported that End SARS protesters at the Lekki ground came under heavy fire by the military on Tuesday. 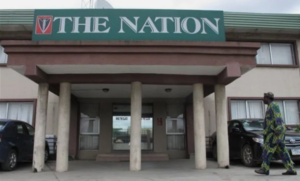 Voices in a viral footage blamed the shootings on soldiers.

Since the shooting in Lekki, angry youths have attacked several places, including the Nigeria Port Authority, TVC News premises, and the family house of the Governor where his mother resides.

The Nation newspaper in Lagos is on fire pic.twitter.com/D8GvSsPCns 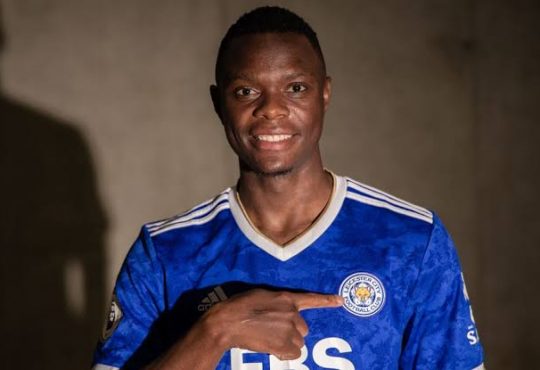